These 4 Women Are Standing Up to Rape Culture in Nigeria

Over the years, sexual assault practices across the country have become alarmingly rife.

With Nigeria ranking fourth place in situations of sexual violence like rape as an instrument of war, domestic rape, and constraint in getting access to justice in rape cases, there is a glaring need for a long-term resolution.

Luckily, there are hundreds of women who are pushing for global awareness on the problem, while providing a safe space for sexual abuse victims and survivors to share their trauma and heal.

A veteran in the game, Itoro and has been using her influence as a legal practitioner to help victims of rape and sexual abuse seek justice against their perpetrators. She founded the first sexual assault referral center in Nigeria- Mirabel Center and in over 4 years of its existence and 15 years of her personal commitment and advocacy, she has helped over 3,819 victims, including men. Through her volunteer work via Mirabel Center, she was awarded Commonwealth Point of Light Award by the Queen of England early this year.

Kemi dedicates her time to working closely with  non-government organisations  and  related agencies in addressing the prevailing issues of gender based violence, rape and trafficking of young girls and women in communities throughout Lagos, by offering free medical support and counselling. She is the founder of Women At Risk International Foundation (WARIF) an NGO committed to building a society free of rape and sexual violence by raising awareness and advocating against the sufferings of women and girls in Nigeria

24-year-old Uche Umolu is a vocal feminist and founder of The Consent Workshop (TWC), a movement which focuses on deconstructing rape culture.

Known for publicly naming and shaming rapists and sexual predators on social media, Uche exercises an unwavering resolve to seek justice for victims of sexual abuse.

Oh, and the best part? She’s just getting started! 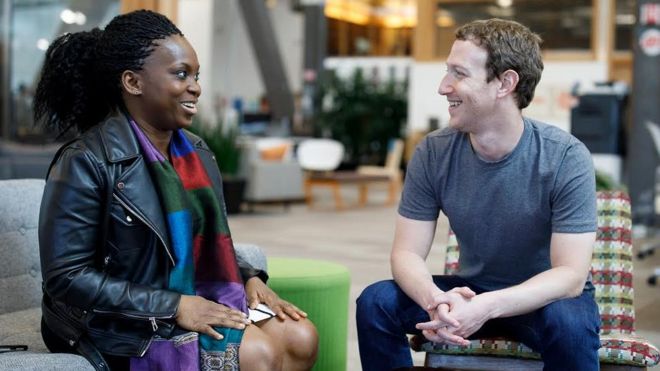 She is the founder of Female IN, a Facebook group page that provides a nurturing environment for victims and survivors of sexual abuse to share their stories without fear of stigmatization.

Omolola’s goal initially was to provide an outlet for voiceless women in Nigeria to air their minds about their assault, however Female in Nigeria as it was formerly called, morphed into Female IN to accommodate its diverse membership. Currently, the Facebook page has over a million members. On account of the incredible work FIN does, Omolola has met with Facebook Founder, Mark Zuckerberg who saluted her for connecting voiceless women all over the world and building a safe community for them.